Android 11 developer preview version has been released with these updates

Developer version of android 11 is not available for all the android devices. Supported devices includes Google Pixel 4 / 4XL, Pixel 3a / 3a XL, Pixel 3 / 3XL and Pixel 2 / 2XL. Click here to go to downloading page of first developer preview version.

Here’s some of the updates that we observed in the developer preview version of Android 11. More about Android 11 will be revealed in upcoming Google I/O event which will be held in may 2020.

Like facebook chat heads, you can easily access the conversations through a floating bubble. This feature will allow the user to use other apps while using messaging.

The developer preview version shows a dedicated conversation section in the notification panel for ongoing conversations.

Dark Theme: Android 11 has automatic support for dark theme. In this feature, dark mode is automatically turns on when the sun sets and turns off when the sun rises. 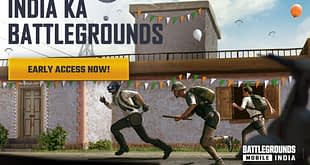 Karbonn X21 with 8MP camera and Unisoc processor launched in India under Rs 5,000