Google Pixel 4a with Snapdragon 730 listed on GeekBench

Today, a Google device named as Google sunfish listed on GeekBench website. This device is believed to be the upcoming Google Pixel 4a. The GeekBench listing reveals the RAM and processor information. According to some reports, this device will launch on May 22, 2020 through online event.

Google Pixel acquires 2,529 score in single-core test and 6,366 in multi-core test. Further, the listing also confirms that Google Pixel 4a will run on Android 10 out of the box featuring 6GB of RAM. The device will be powered by Qualcomm processor with base frequency of 1.8GHz. The benchmark score is in the range of other snapdragon 730 processor devices, thus Google Pixel 4a is also expected to run on the same processor.

GeekBench listing does not give any idea about design, battery specifications. But some of the online sources has already leaked full specifications along with the price details.

Google Pixel 4a leaks suggest that it will come 5.81-inch OLED display with FHD+ resolutions. On the front side, it will have a single punch hole cut out for 8MP selfie camera. The device is tipped to feature 128GB internal storage. On the rear side, there is a single 12.2MP camera with OIS support. We have already seen camera samples of Google Pixel 4a in previous post. This device is tipped to be priced around $399 (approx Rs 30,300) . Colors options will include – Just Black and Barely Blue .

We are expecting to hear more about Pixel 4a from Google in upcoming days. Till then stay tuned. 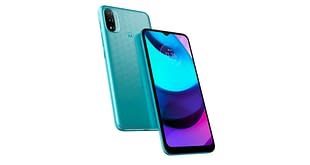