Alleged Nokia XR20 gets Bluetooth SIG certification ahead of the launch

Nokia has a bunch of smartphones in the works – it includes Nokia C30, Nokia XR20, and more. Today, we have spotted three new Nokia phone models on the Bluetooth SIG certification – TA-1362, TA-1368, and TA-1371. Last month, the Nokia TA-1362 was spotted on a Russian retailer website. It revealed that the TA-1362 is the model number of the upcoming Nokia XR20. Now, the Bluetooth SIG listing suggests that TA-1368 and TA-1371 are also variants of the Nokia XR20.

The certification reveals Nokia XR20 supports Bluetooth v5.1 standards for connectivity. The model numbers TA-1362, TA-1368, and TA-1371 have also received SGS Fimko certification, which hints that the device is moving closer to the launch. Nokia XR20 was recently spotted on Geekbench with Snapdragon 480 SoC, 4GB RAM, and Android 11.

In the recent years, Nokia has launched a bunch of budget to mid-range phones. But, we have not seen a proper flagship phone form the brand. Now, things may turn, as Nokia will launch a flagship phone this year. In a recent report from ITHome, HMD China’s Product Manager, Zhang Yucheng, has revealed that the company is preparing a 5G flagship phone that will be launched in China on November 11 this year. 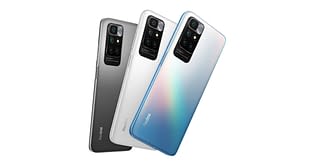 Redmi 10 Prime Coming to India will be a Rebranded Redmi 10, Confirms Bluetooth SIG