Battlegrounds Mobile India was announced last week with a bunch of new modifications. The early access for the game has already exceeded more than 5 million downloads on the Google Play Store. Now, the security concern is getting tensed again as the game is reportedly sending user’s data to servers located in China. A report from IGN mentions that Battlegrounds Mobile India is sending data to Tencent-run Proxima Beta in Hong Kong, as well as Microsoft Azure servers located in the US, Mumbai, and Moscow.

This is completely opposite to what Krafton claimed before launching Battlegrounds Mobile India. The company says, “privacy and security of Indian player data being a top priority“. The game’s terms and condition states that the personal information of players would be stored and processed on servers based in India and Singapore.

Folks at IGN independently verified the claims by using a “data packet sniffer” app on their Android phone to know the server details connected to our device. After playing the game and collecting all the log details, a quick whois search for one of the servers revealed that it is run by China Mobile Communications Corporation – a Chinese state-owned company, and the server is located in Beijing, China. When booting the Battlegrounds Mobile India, it pings a Tencent server in Beijing.

After the PUBG Mobile ban in India, Ktafton’s cut ties with Tencent and removed it as a publisher for PUBG Mobile in India. The company also committed to invest $100 million in the country. Several government officials demand to ban the Battlegrounds Mobile India, even before the game was released. And, now the security concern is heating again. We are still waiting for an official reply from Krafton about these security concerns. 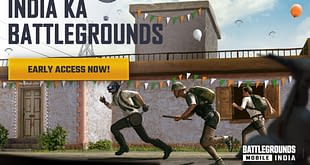 PUBG Mobile could make a return to India before year end