Xiaomi is slowly upgrading its eligible phones to the MIUI 12.5. The next one in the list is a flagship from 2019, Xiaomi Mi 9. The device was launched with Android 9 Pie and later received Android 10 major OS upgrade. And finally, Xiaomi has now rolled out MIUI 12.5 for Mi 9 which is based on Android 11 OS.

The update is currently rolling out in China identified with software version V12.5.3.0.RFACNXM. It also brings security enhancements by installing April 2021 security patch. We can expect the update to start hitting other regions pretty soon.

The package is currently under stable beta phase, which means a small number of Xiaomi Mi 9 users will initially receive the Android 11 update. After that, it will be rolled out for the remaining users. To manually check for the update, navigate to Settings -> About phone -> System updates. You can click here to manually download the package and install with proper precaution.

Android 11 and MIUI 12.5 bring tons of new features and modifications to Xiaomi Mi 9 such as Chat Bubbles, Permission auto reset, a lighter MIUI, new widgets, new wallpapers. Xiaomi says that MIUI 12.5 drastically reduced the CPU usage to improve the device performance and the power consumption gets reduced by up to 15%. The gesture response is now more snappy and users get the ability to remove most of the system applications. 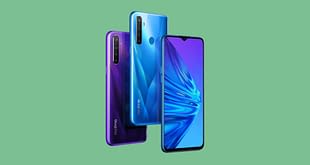