Realme 5, Realme 5i, and Realme 5s are now receiving the September 2021 security patch update. The update also brings the August 2021 security patch and some improvements to the system. It is currently rolling out in India and should reach other regions, where the Realme 5 series has been launched.

According to the changelog, the new OTA update improves system performance and system stability for a better user experience. It comes with the firmware version RMX1911EX_11.C.75.

Realme seems to have increased the September 2021 security update rollout speed. It has already been rolled out for a bunch of Realme phones including Realme C12, C15, Realme X, Realme GT, Realme 7 Pro, and more. Keeping the device secure, is one of the important aspects of any phone. Therefore, we recommend you to install the new update as soon as it hits your phone.

Realme 5 series users in India have started receiving the September 2021 security update. Those who have not received it yet, can manually check the status by heading to Settings >> Software updates. Since it is a staged rollout, the update may take few days to reach your phone. 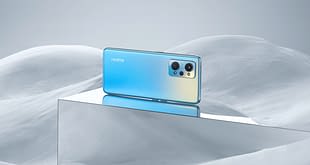 Realme GT Neo 2T Confirmed to Launch on October 19: What to Expect?