The Galaxy S21 series has a unique design, where the device frame extends around the side of the camera bump. The triple camera setup on Galaxy S21 and S21+ is expected to include a 12MP main shooter, a 12MP ultrawide, and a 64MP telephoto lens. In the Galaxy S21 Ultra, leaks suggest that it will feature a 108MP primary shooter, 12MP ultrawide lens, a 10MP 3x telephoto lens, and a 10MP 10x periscope zoom. The ultra model also has laser autofocus, replacing the TOF 3D sensor in S20 Ultra.

Samsung is expected to unveil the Galaxy S21 Ultra on January 14 at a Galaxy Unpacked online event and will be available in retails stores from January 29. The Galaxy S21 series smartphones are said to be cheaper than previous generation phones, but the pricing is currently unknown. 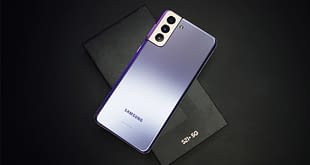