Vivo V20 was launched back in September and now the company is gearing up to launch its upgraded version called Vivo V20 (2021). The smartphone already appeared on multiple certification websites. Today, the Vivo V20 (2021) gets benchmarked on Geekbench that reveals its key specifications.

As per the Geekbench listing, the V20 (2021) runs Android 11 OS out of the box. The device is powered by Qualcomm SM6150, which is the codename for Snapdragon 675 SoC. The 8GB RAM variant was tested on Geekbench however, we’ll see more variants at the launch.

The device managed to score 553 points in the single-core test and 1,765 points in the multi-core test. It is likely to be an improved version of V20 which has a 6.44-inch FullHD+ AMOLED display with a dewdrop notch for a 44MP selfie camera.

The V20 is powered by Snapdragon 720G SoC coupled with 8GB RAM and 128GB/256GB storage. Around the back, it has a triple camera setup which includes a 64MP primary camera, an 8MP ultrawide lens, and a 2MP depth sensor. Other notable specs are – 4,000mAh battery, 33W fast charging, in-display fingerprint sensor, and a USB Type-C port. 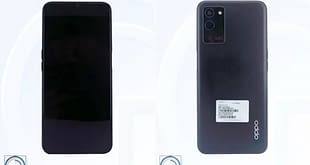