Vivo is gearing up to launch a new camera centric smartphone dubbed Vivo X60. It will be a successor to the X50 series which was launched recently with good camera specifications. A leaked image of a Chinese store is floating on the internet teasing the Vivo X60.

The machine-translated tagline of the X60 reads “Professional Imaging Flagship” which clearly indicates that it will be a camera rich smartphone. We are more likely to see multiple models in the X60 series like the one in the X50 series.

The lineup will include a Vivo X60s 5G which recently appeared on multiple certifications sites revealing Snapdragon 765G SoC, and 33W fast charging support. As of now, the design and specifications of the X60 series is a mystery. The device is rumored to launch in the month of November or December. 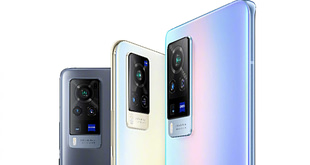