Xiaomi has announced the arrival of a new smartphone in India using the hashtag #ThePerfect10. Recent leaks suggest that it could be the upcoming Xiaomi Mi 10i. The tweet reveals that it will be unveiled in India on January 5. The Mi 10i has a circular quad-camera setup that includes a 108-megapixel primary camera.

The Mi 10i is said to be a re-branded version of Redmi Note 9 Pro 5G, which was recently launched in China. Ahead of the launch, a leaked poster of Xiaomi Mi 10i 5G surfaces online that reveals its complete design and key specifications. [See below] 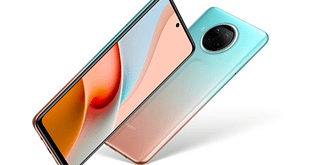