OnePlus has finally confirmed that it’s upcoming Nord smartphone is launching on July 21. The company has confirmed OnePlus Nord launch date and some other details through a press note to media. The launch event will not be like the ordinary one but OnePlus will hold a special AR (Augmented Reality) event. It will begin at 7:30 PM through the OnePlus Nord AR app available on the Google Play Store and Apple app store.

During the interview OnePlus co-founder Carl Pei also shared some details about the quad-camera setup. The setup will include a 48MP primary camera with OIS (Optical Image Stabilization). Other three includes an 8MP ultra-wide camera, a 5MP macro lens and a 2MP depth sensor. On the front, we expect to see 32MP + 8MP dual camera setup at the top-left corner of the phone.

We already know that, OnePlus Nord will ship with Snapdragon 765G, 6GB RAM, 128GB storage (base variant) and a 4,300mAh battery.

OnePlus Nord pre-order will begin on July 15 through Amazon.in and buyers will need to deposit Rs 500. Pre-order customers will get a gift box from OnePlus that will contain limited-edition merchandise. There is one-more offer for the users who pre-order. Initially, OnePlus will come to India and Europe with price under Rs 37,000 ($500). 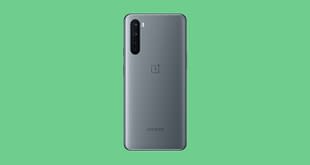